I love going out for dinner (or lunch, or breakfast…). Not having to prepare my own food, having a variety of choices, and on top of that trying out all those different and new dishes. And it’s not even that expensive in Budapest compared to the Netherlands! So here they are, five of my favorite restaurants in Budapest.

I don’t like cooking. It takes me way too long (and the eating is over in no time) and then I also have to clean up and do the dishes. I love going out with friends while enjoying some food (and not having to clean up afterward), so me and my friends have been trying different restaurants, although we do go back to our favorites every now and then. 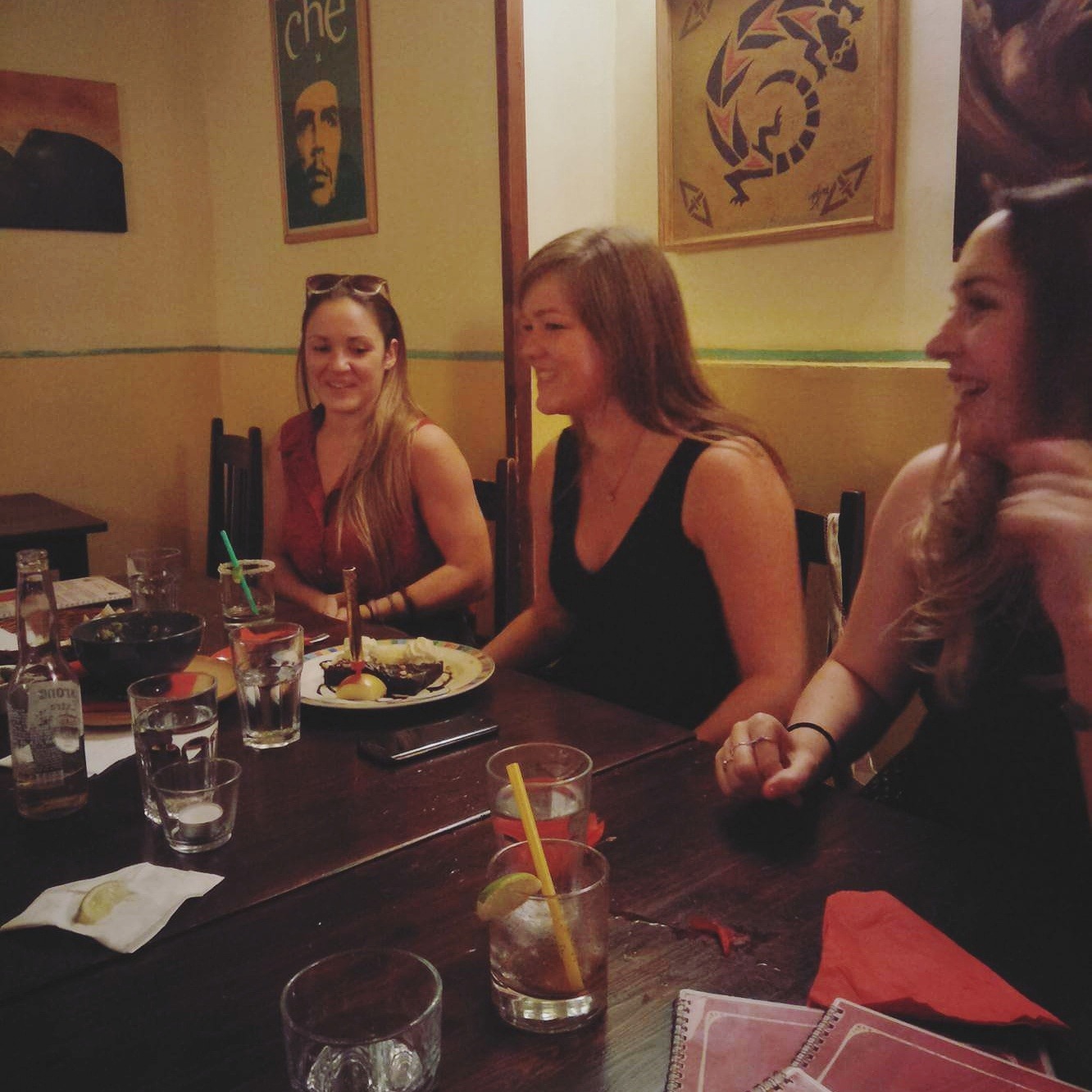 This is my all-time favorite. In fact, I think they should deserve their own article (maybe I will). There was a time in December when I had different things to celebrate with different groups, and I may have convinced all three of them to go celebrate at Iguana. The result? Having Mexican three weekends in a row. That was a good month… I even celebrated my birthday here, back in July!

Iguana is a Mexican restaurant near the parliament. The food is delicious and the service is better than I’m used to here in Budapest. They serve both Mexican as well as Tex Mex dishes. 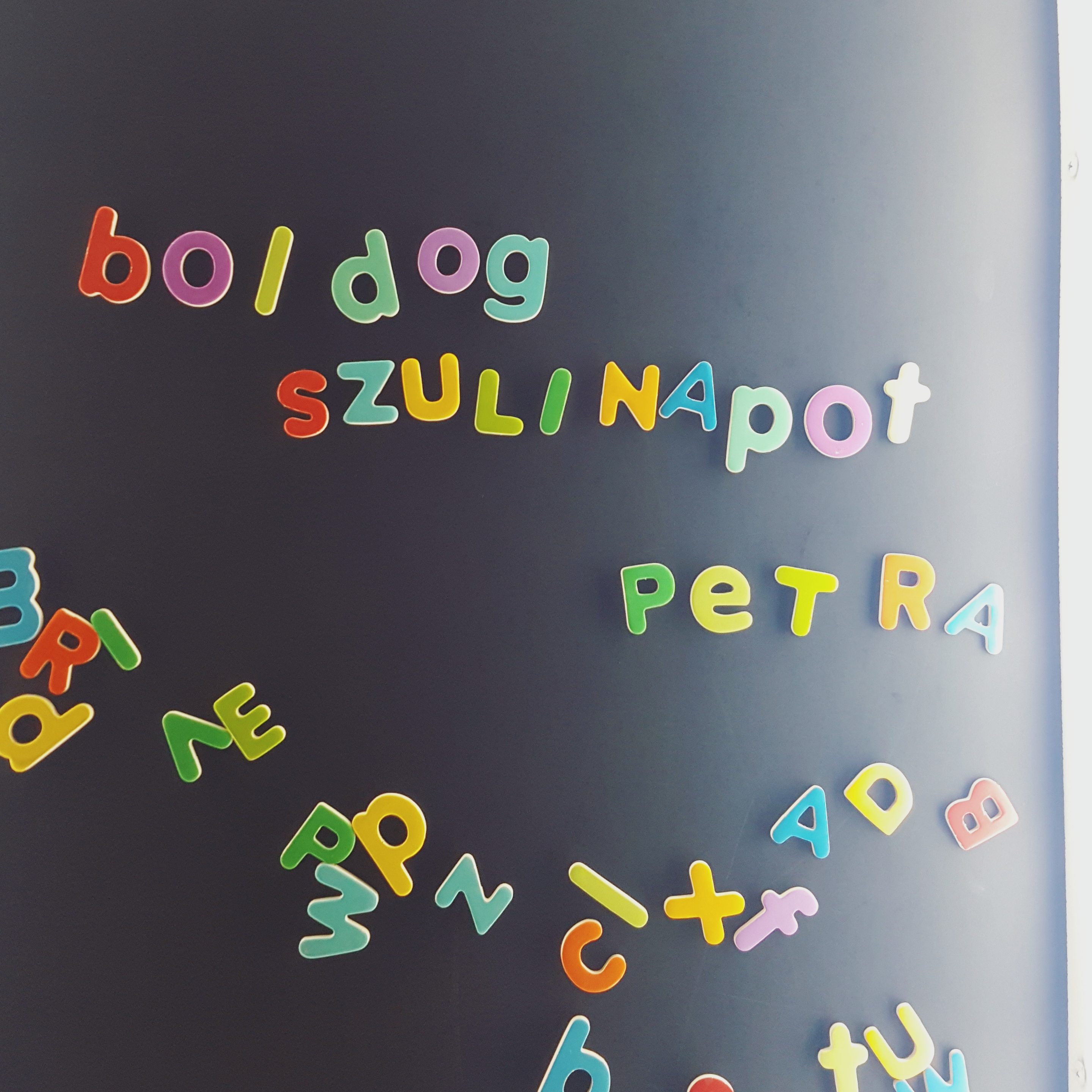 You’ll recognize BB’z at once: I think it’s the most colorful restaurant in Király utca. I’d walked past it a couple times before I decided to take my mom there for dinner. I took a friend along a couple weeks later and went to dinner for my birthday (yes, I’m spoiled and celebrate my birthday more than once 😉 ).

The best thing at BB’z? Their slogan: It’s good to be nice, and the service you’d expect from a place with a slogan like that. You get delicious homemade chips for free while waiting, a foosball table, several games, and Mexican, Hungarian, and burger dishes.

Honestly? The food is good, but not great. But the staff at BB’z is the nicest you’ll get in Budapest, and that makes the whole experience so much more special.

My favorites at BB’z? Chicken fingers and the sweet potato fries. 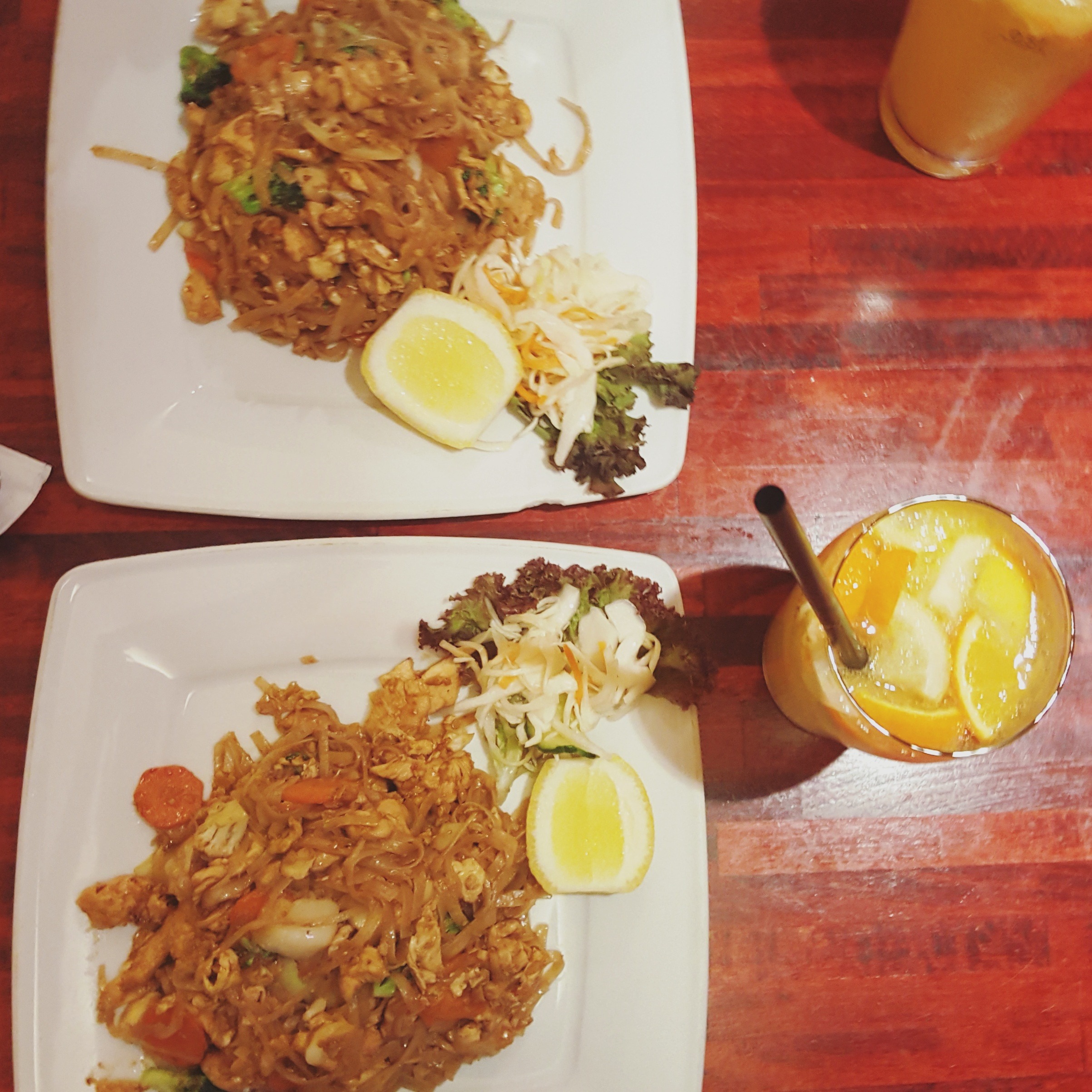 My roommate took me to the Thai restaurant Parázs Presszó in my first week in Budapest. They’ve got three restaurants in Budapest, but I’ve only been to the one at Király utca.

It’s a small restaurant, but the food is great and the service is ok. Even my friends who’ve lived in Thailand for a while say the food is good, so that means something.

I’ve been here like five times already and I always go for B1 Pad Si Iyu, fried rice noodles with chicken, egg, soy sauce, and veggies. 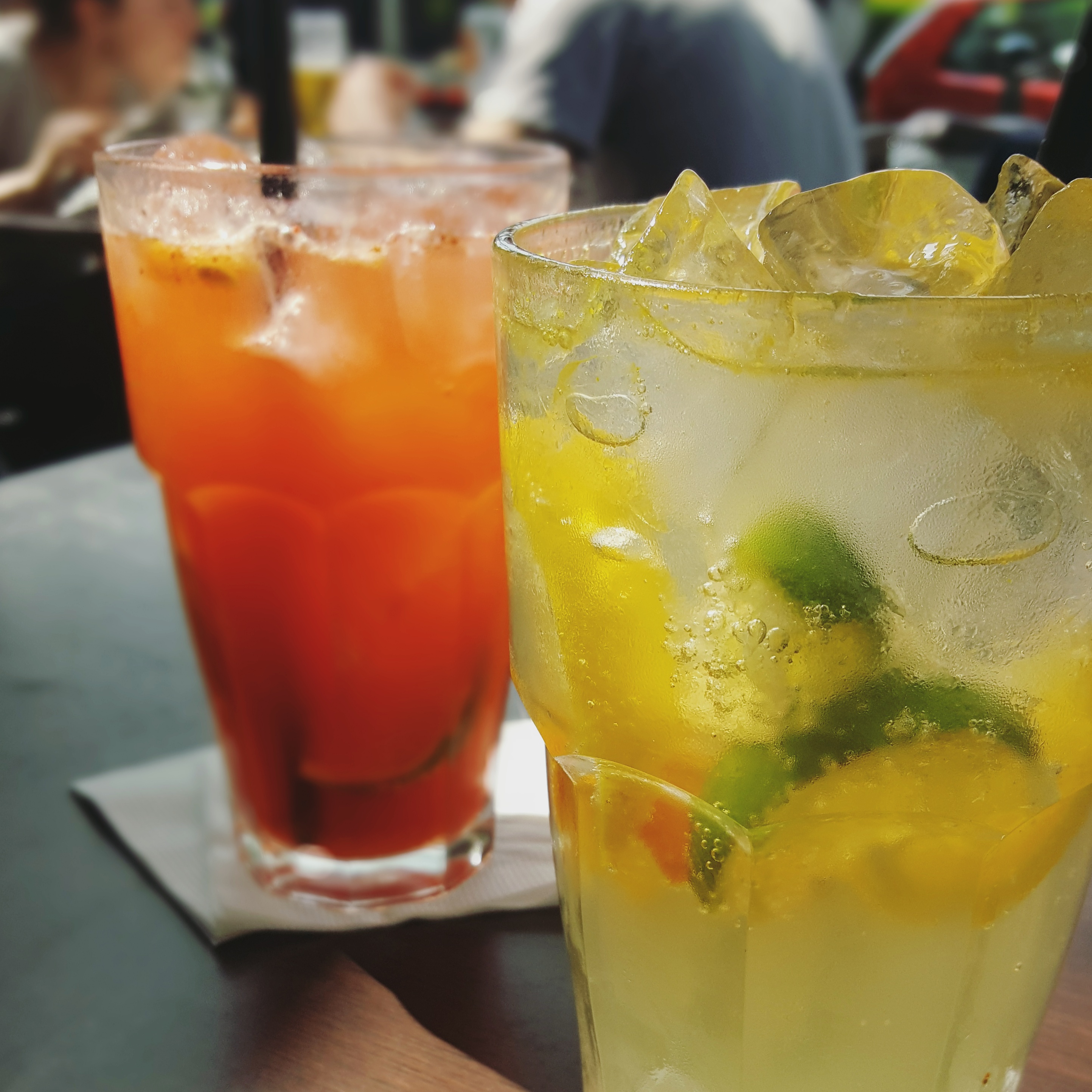 Yes, this is bad, I know. But I like burgers, ok? TGI Friday’s is an American chain restaurant, so here’s where you’ll find burgers, pastas, salads, and some Tex-Mex quesadillas.

My best friend and I love TGIF, because it reminds us of our time in the US. And they have so much dishes we like, that we always share our meals (meaning we can try double the amount of dishes). 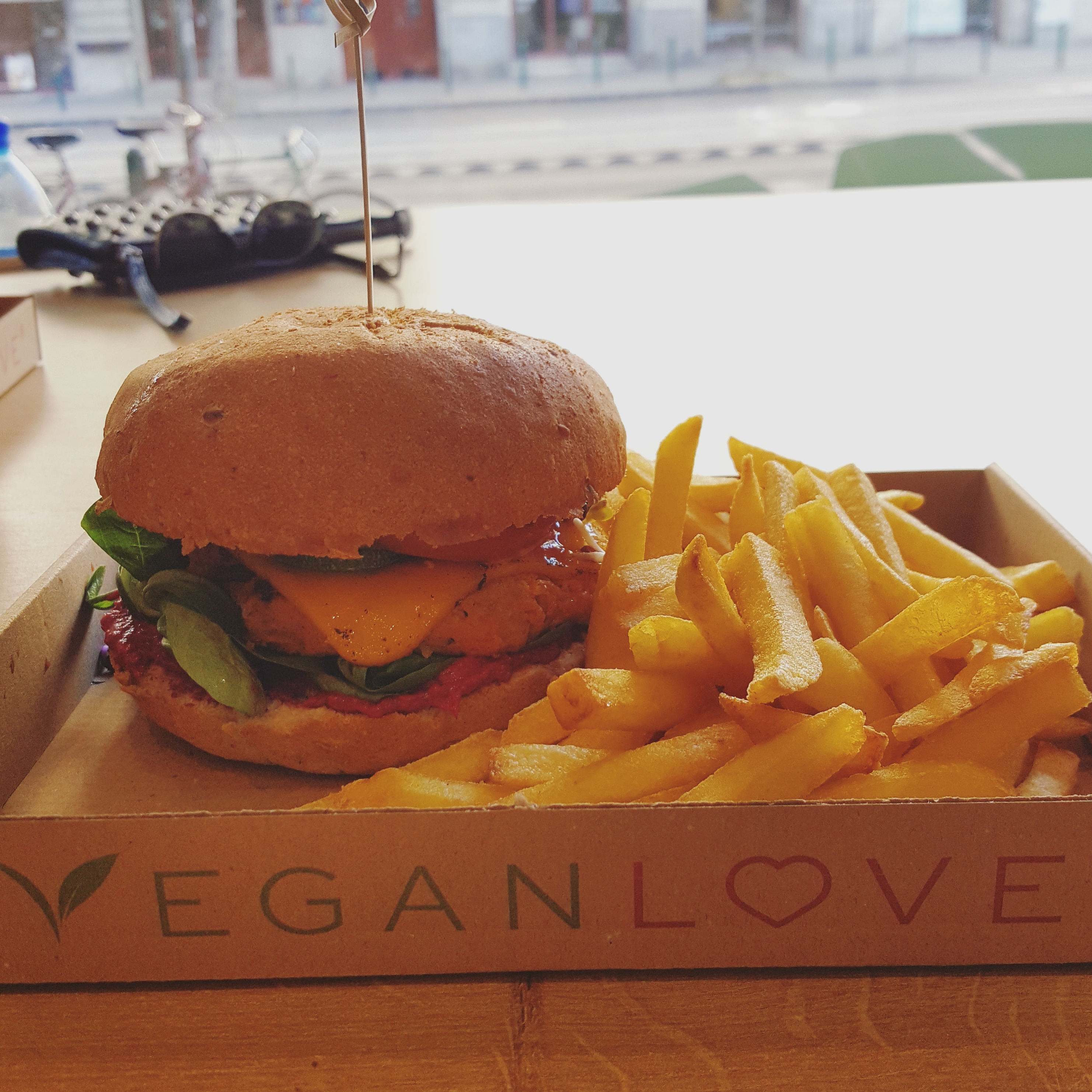 A vegan friend took me to this restaurant in Buda. Vegan burgers! I wasn’t sure what to think, because vegan food has a certain image (or at least, used to). Especially if you’ve ever researched veganism, you have no idea what you can, and can’t, eat.

Well, I was wrong.

Not only recommended for vegans and vegetarians, but for everyone!

These are only a couple of my favorite restaurants in Budapest. Some other favorites include Ristorante Millennium da Pippo (great atmosphere and amazing Italian food), HILDA (for breakfast), and Streetfood Karavan (a collection of food stands).

What’s your favorite restaurant in Budapest?

Previous Post: « To do in Budapest on tour: Esztergom
Next Post: 20+ Wonderful Movies, TV-Shows and Books Shot or Set in Budapest »