One of the first blogs I wrote for To do in Budapest.com, was about how to get from Budapest Airport to Budapest city center. I write about taxis, shuttle buses, and public transport. However, when I wrote this post, the most logical way to get to Budapest’s city center with public transport, was with bus 200E and metro 3. A few months ago, a new bus was introduced: bus 100E is a bus that goes straight to and from the city center to Budapest Airport. It seems the easiest way, right? I compare the two: 100E vs. 200E + M3.

Both ways go from the airport to Deák Ferenc tér, the central square in Budapest. That’s great, because from here you can take three metrolines, a ton of buses, and several trams, on top of being able to walk practically anywhere in the city centre. Probably also your hotel! Big chance you can walk, or only have to take one metro, tram, or bus to get to your ho(s)tel. 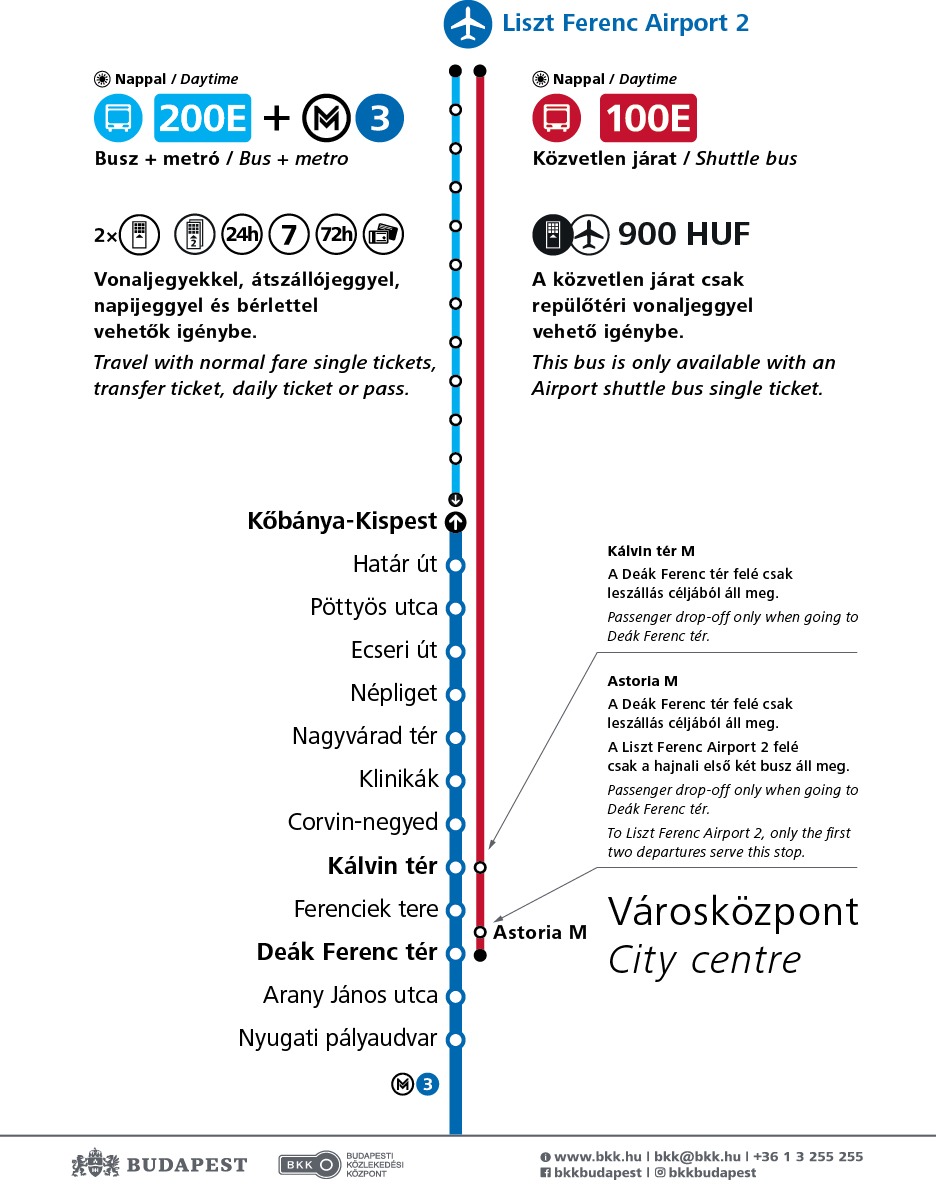 Bus 100E was introduced on July 8th 2017, and it goes between Budapest Airport and the city center. This way, you don’t have to transfer at all to get to the city center or the airport.

You need a special ticket for bus 100E, it’s 900 HUF (about €2,95). You can buy this at ticket machines and ticket offices. Other tickets are not accepted, so neither is the Budapest card. Kids under 6 years old and seniors over 65 years old can use the bus for free. 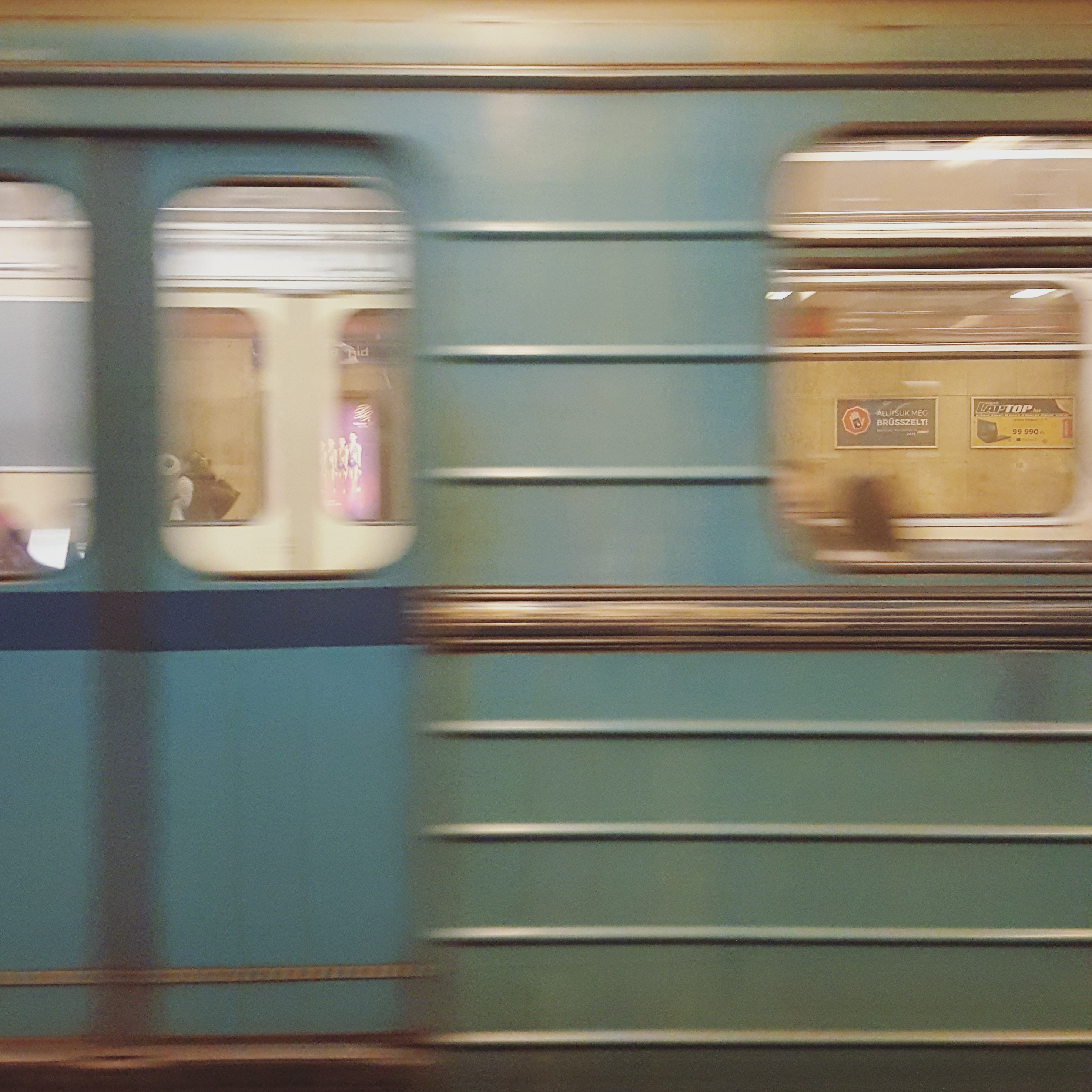 For years, bus 200E + M3 was the best way to get to and from the city center and Budapest Airport with public transport. Bus 200E leaves about every seven minutes from the airport to metro stop Kőbánya-Kispest. From there, M3 leaves every five minutes during the day, and it goes straight through Budapest’s city center (every ten minutes in the early morning, late evening). Kőbánya-Kispest is the first stop of M3, so you also can’t get on the wrong metro.

You have to transfer once, but it’s my experience that not a lot can go wrong here. Either follow the crowd or the signs. Both the bus and the metro have several stops, which is why it takes a little longer to get to the city center. 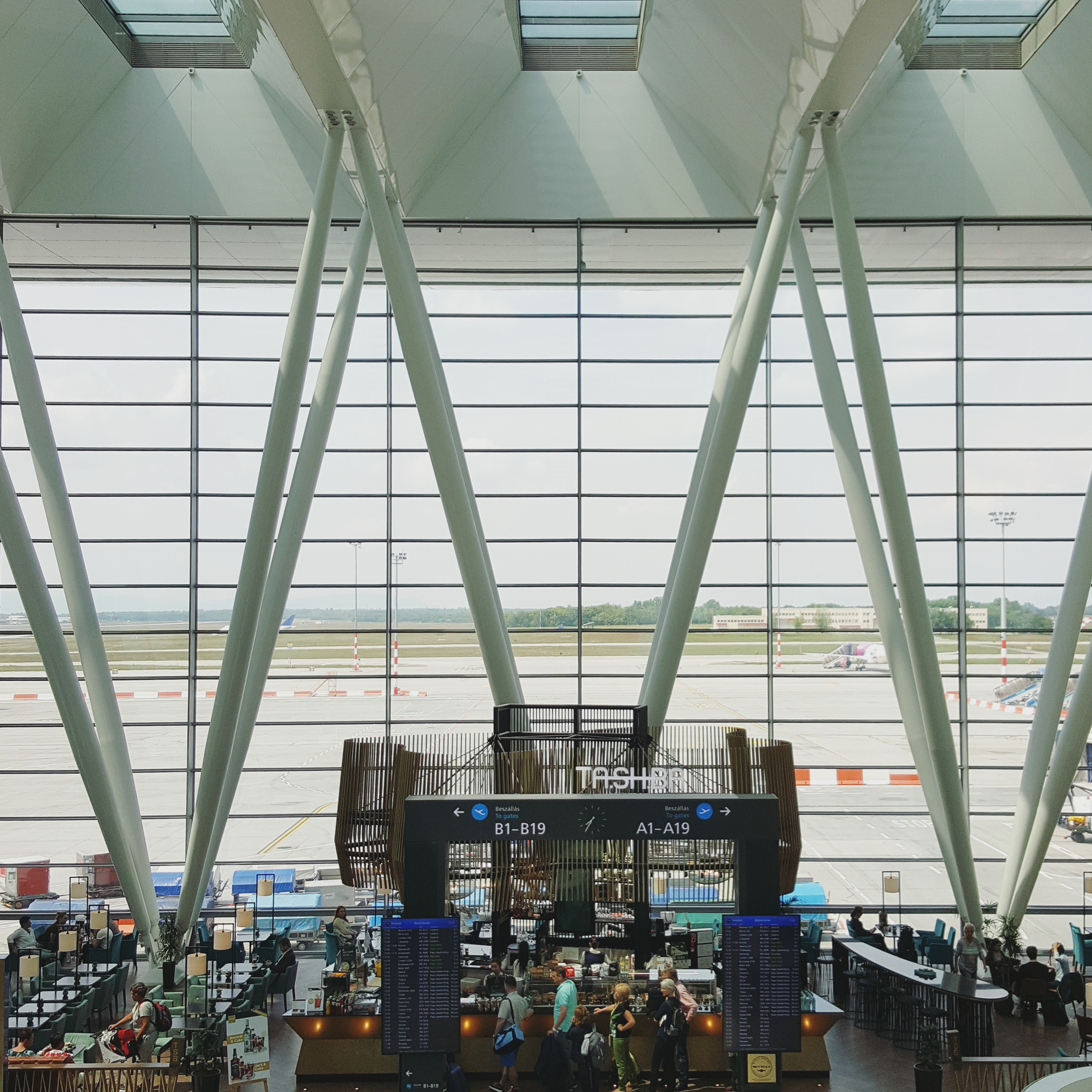 The result depends on your personal preferences and the location of your hotel of course. For most Western travellers, 100E is still cheap, so it might not be a big influence on your choice. And going straight to the city center is always great!

For me, the biggest thing is comfort. Going straight to Budapest city center is easy, and that’s where bus 100E wins. This is also the easiest to explain to visitors. Do I pick them up myself? I usually take bus 200E + M3. It was faster to my old house, and less walking.

When I was still living in the middle of the city center, I would take bus 100E to get to the airport. Just because less transfers means less chance of something going wrong. I always make sure I’m on time, so even if there’s a little traffic I’ll be fine. On my way back, I always took 200E + M3. It was faster to get to my house.

Now that I’ve moved to the 9th district, M3 stops only 10 minutes from my house. It’s 10 tot 15 minutes faster than 100E, maybe even more depending on how long I’d have to wait for the bus to leave.

For tourists, I would recommend 100E. Do you know the city a bit better, or is your hotel not near Déak Ferenc tér? I’d tell you to take bus 200E + M3.

100E and 200E + M3 all go during the day. If you’re traveling during the night, you’ll have to take night buses. Read more about that in my article about how to get to the airport and back.

– Read more: How to get from Budapest Airport to Budapest city center
– Read more: Your complete guide to public transport in Budapest 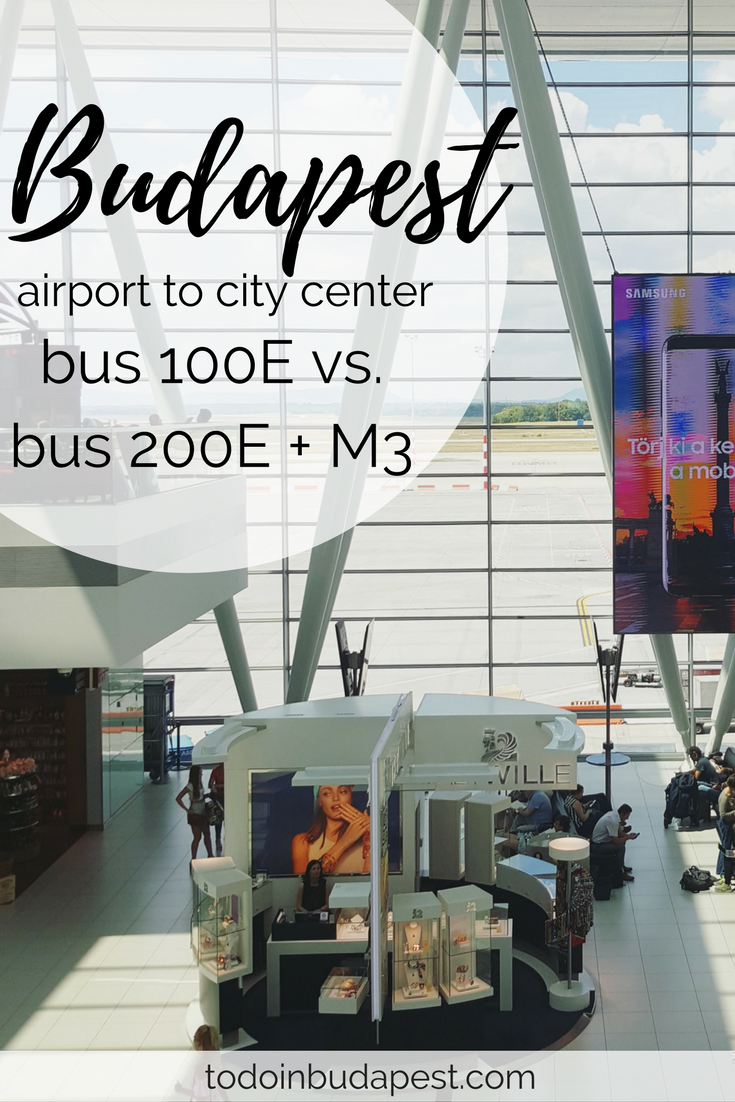