I think it’s pretty clear by now: I am crazy about Budapest! In a little over a year, I visited the city five times! And I still haven’t had enough. Don’t tell anyone, but I am secretly more homesick to Budapest than I am to my home town! But how did this love come to be and why do I love Budapest so much?

For some reason, I just feel really good in Budapest. The city is stunning, I can go easily go running shorter and longer distances, wandering through the city is always a good idea, there’s more than enough room to enjoy the sun and there are a ton of museums and attractions to visit. Anything is possible! After almost four months of living in Budapest, I got to know a few people as well, and that only makes the city so much better.

My first visit to Budapest

I graduated university in October 2015. As a present, I decided to give myself the cheapest round trip I could find. Since Wizzair is the cheapest airline in Europe, that’s where I went. I found a €40 round trip ticket, to Budapest! I’d heard about the city before and maybe even seen a picture, but other than that I knew nothing about the city. Without even looking up more info, I booked my ticket and only three weeks later I was in Budapest for less than 24 hours.

In those three weeks, I looked up some information and got in touch with an old classmate who lived in Budapest. I arrived around 11 am and spent the first few hours in Budapest with just wandering through the city. From sight to view, view to Hungarian meal, back to another sight. I had lunch at the Central Market Hall, went to the Citadella on top of the Gellért Hill to enjoy my first view of the day and walked along Buda Castle on my way to Matthias Church and Fishermansbastion. From there I hopped on the metro to meet my old classmate and we spend the rest of my time in Budapest on the Pest-side. Eat, talk, visit sights such as the Opera House and Heroes Square… We were busy! I took the night bus to the airport in the middle of the night and left at 6.25 am.

It was a short visit, but it was long enough to convince me I HAD to come back. Soon. 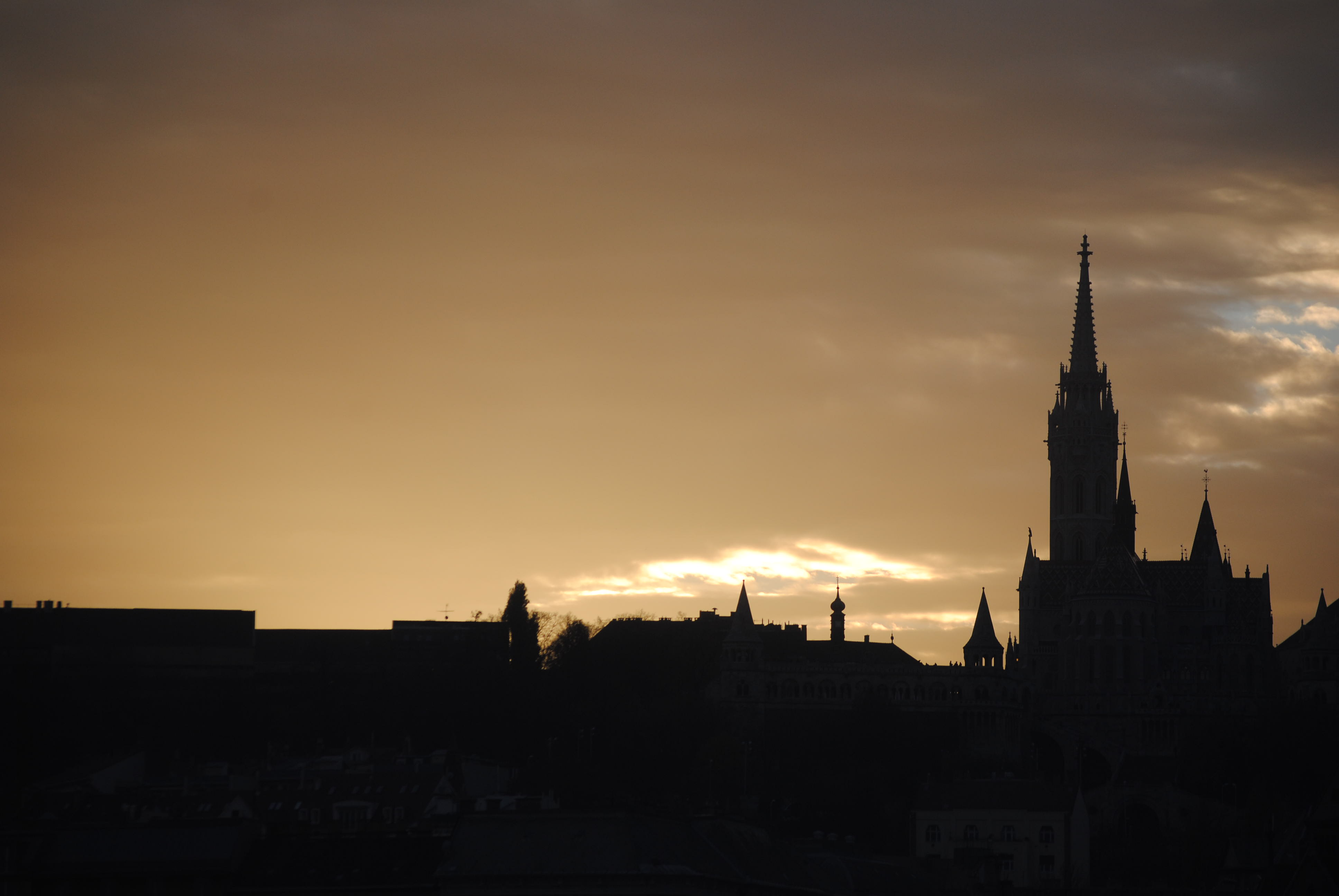 I went back 4,5 month later

A few weeks later, one of my colleagues mentioned she would love to visit Budapest sometime, but none of her friends wanted to come with her. I jumped at the chance and told her I’d love to go with her. We booked our flights, found a studio apartment on Airbnb and I was back in Budapest in April. We visited the most important sights, had great meals and even went to the opera (for only €1,50 per person). The weather was great, so we also took the time to enjoy the sun at Margit-sziget.

This is the visit the exponentially grew my love for Budapest. It was so relaxed! We started talking about how it would be to spend a long time in Budapest and the idea stayed with me.

A full week in Budapest

After that, it took a few months for me to get back to Budapest, because of work, family, and other trips. But I went back in September! I found cheap tickets (€20 for a round trip!), a low-cost room in the center of the city and asked my friend if she’d come with me. A full week in Budapest, I couldn’t wait! We took it slow, we had time enough after all! We wandered around the city quite a bit and met up with people I had met on my previous trips. Just as I like it!

By now, I’d been thinking about going to Budapest for a longer time. From ‘a month would be fun’, it had grown into ‘at least three months, but as long as I like it, why would I leave?’. I got to know more and more people and even the experience of my friend’s phone and wallet being stolen couldn’t cool down my love for Budapest.

The day after I got back to the Netherlands, I booked a new trip, for January. 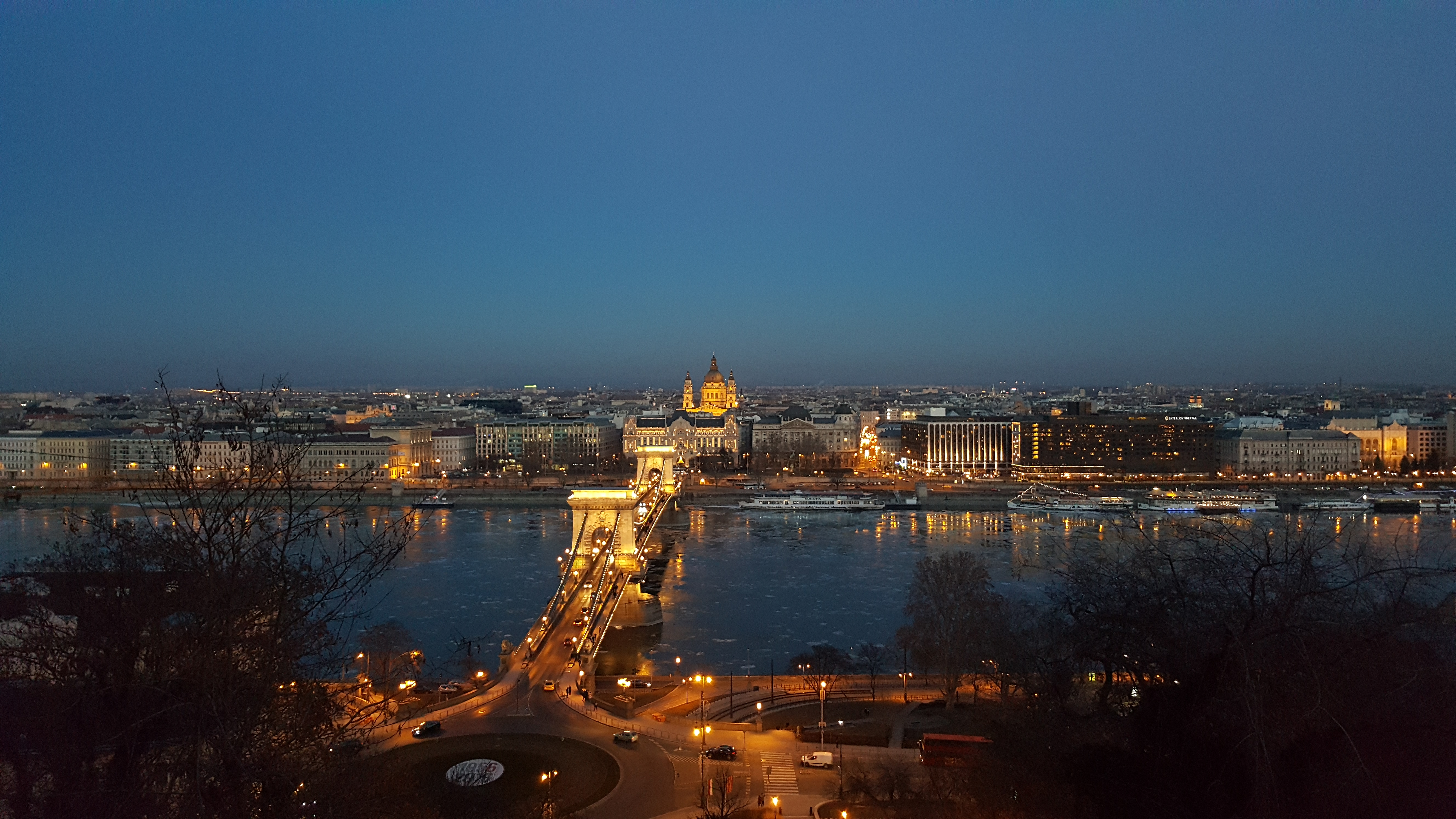 A spontaneous trip back

But we all know you can’t stay away from something you love. I spontaneously booked another trip at the end of November, for a week later. I was missing Budapest, I wanted to see the friends I’d made in the city and I wanted to get away from home for a few days. What better destination than Budapest?

The temperature in Budapest had dropped and it was a lot less green, but the city is so so so beautiful in winter. And that’s what I celebrated: my visit was filled with warm tea, Christmas markets and ice skating in Városliget (City Park).

Back within a month

Not even a month after I left Budapest in December, I got back on the plane for my fifth visit to Budapest. By know it had gotten A LOT colder (-20C!!), but that didn’t keep me from joining a 3 hour long free walking tour.

That’s where I met a few solo travelers, who I joined for beer pong and a bar crawl at their party hostel. I met up with my friends for coffee and pizza and games, and I even did some work while I was in Budapest. It was exactly what I needed.

And my love for Budapest?

It’s impossible to explain how or why I love Budapest so much, but I notice it in so many ways. I love the buildings. The public transport system. The cold and hot weather. The people. The parks, restaurants, and sights. How impossible the language is. The Danube that flows right through the middle of the city. The hospitality of the people I meet. The food and drinks. The hotspots that you randomly run into on practically every corner.

I am homesick to Budapest when I am home. Every day, I used to check for cheap flights. I dreamt about the city, made plans and looked up new hotspots, even if I didn’t have a trip planned. And hello: I even started a blog on Budapest (after some convincing by family and friends)!

And now I live in this city. It’s been 3,5 months and I’m only loving it more and more.

You may have noticed how passionate I am about Budapest. Through my blog, I am trying to spread the love and help travelers like you plan a trip to Budapest that will make you love the city as much as I do.

What is your favorite city? 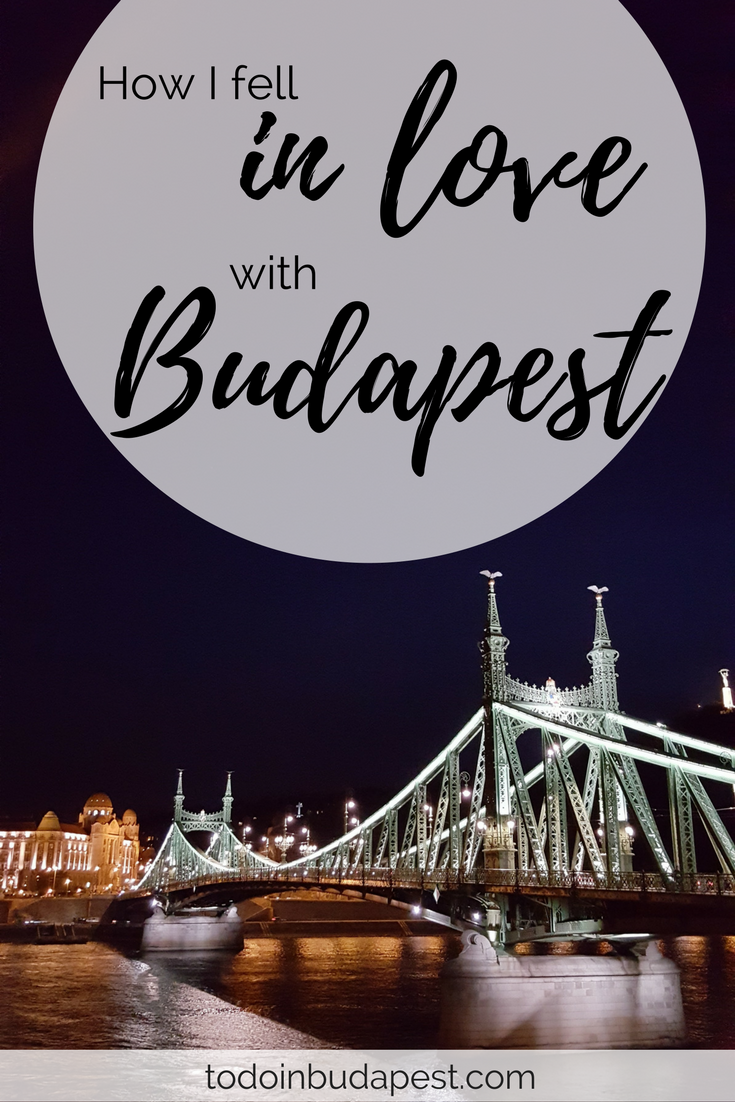