Maybe you know, maybe you don’t: Hungary has a rich opera history. Just in Budapest, you’ll find several opera houses and the country was home to various important composers. An opera experience can’t miss during your visit to Budapest.

The most beautiful (and important) opera building in Budapest is the Hungarian Opera House at Andrássy út, the most important street in Budapest. Just the building is worth a visit, but you won’t have to win the lottery to attend an opera. If you do it right and have some patience, that is.

The Magyar Állami Operaház (Hungarian Opera House) was built in the second half of the 19th century. It’s designed in Renaissance revival architectural style, like Amsterdam Central Station, the National Theatre in Prague, or Eötvös Loránd University here in Budapest. The inside of the building is heavily decorated, you don’t even know where to look. The most important Hungarian artists collaborated on the building. It’s said that the auditorium has the third-best acoustics in Europe, after La Scala in Milan and Palais Garnier in Paris.

There are daily tours through the building. These can be done in six languages, including English and German. You can buy a ticket for a mini-concert with your tour, so you can experience the sound the Hungarians are so proud of. Without paying for the tour, you can only enter the hall (which is also very impressive). 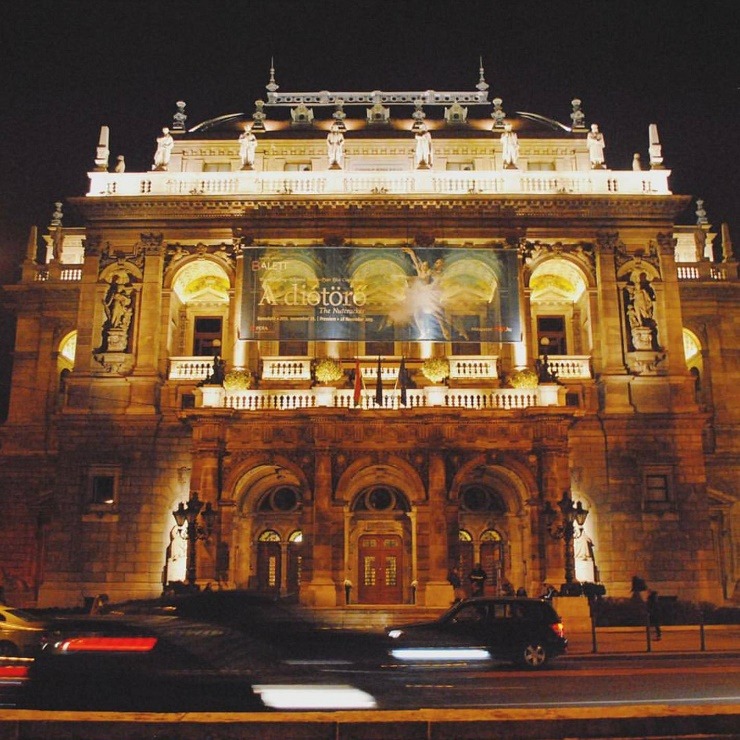 Attend the opera in Budapest

Would you rather visit a real opera (or other show, like ballet, dance or a musical)? Through the website of the opera in Budapest, you can look up what is happening during your visit. Make sure to look at the location, whether it’s playing in the Opera House, or in Erkel Theatre. The second one is less impressive, is located outside of the city center, and doesn’t always offer English subtitles. Also, keep Google Translate handy because not all descriptions have been translated into English.

The price of the opera in Budapest can get pretty steep. The cheapest tickets at some opera can be €50, something not everyone has lying around. Do you want the experience, but not the cost? Keep an eye out for rehearsals on the website. Those tickets are really cheap, and the show is still amazing.

You should be able to buy tickets through the website, but in my experience, that’s not for every show and it doesn’t always work. The register at the Opera House is opened from 10 am on most days, and you can buy tickets there.

My experience at the opera in Budapest

I was in Budapest with a colleague in April 2016. We wanted to attend an opera, but we were traveling on a budget and didn’t want to spend too much money. Lucky for us, there was a rehearsal on our second night in the city that we could attend. For about  €1,50 per person, we bought a ticket to a three-hour show/rehearsal. These were the cheapest seats all the way in the top, but it was perfect for us. We had a great view and could admire the whole hall at the same time.

And the show? It was super impressive. Sometimes something went wrong (like a swing that didn’t come down), but we didn’t really care about that. The singing and acting were amazing, and we didn’t know how the show was supposed to go anyway. And hello, we were watching an opera in Budapest!

Would you like to attend the opera in Budapest, or rather just admire the building? 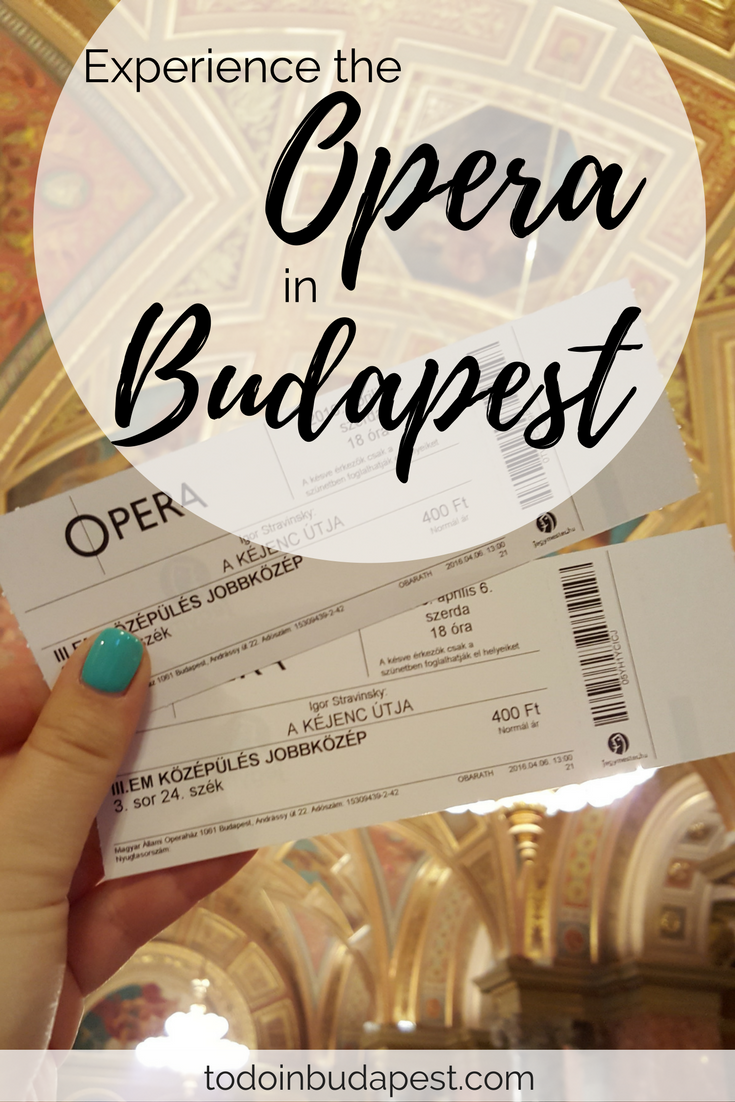